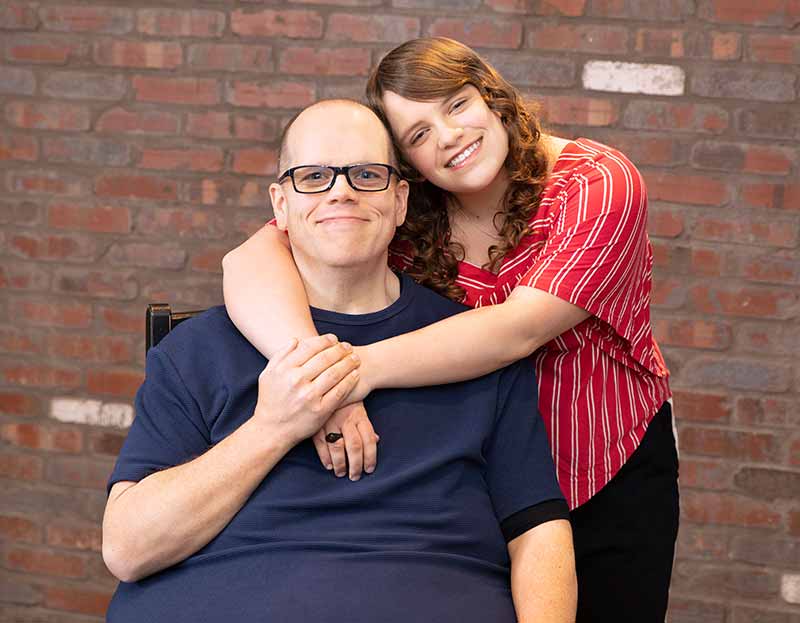 Dennis Guzy addressed his weight problem after his daughter, Mikala, expressed concern for his future.

“Dad, are you going to be alive to walk me down the aisle?”

That simple yet emotionally charged question was what it took for Dennis Guzy to finally take action to address extra pounds that were weighing heavily not only on his 5-foot-9-inch frame but also on his family-centered heart.

“I was in the hospital with an infection that had gotten out of control because of deterioration of my skin due to my size,” said Guzy, who had gained 10 to 15 pounds a year since college and tipped the scales at 599 pounds. “At that moment – hearing my daughter’s question – I decided I was done letting weight rule my life. I wanted to wake up and feel alive.”

Within a week of being released from the hospital, the Harrisburg resident signed onto the Surgical Weight Loss Program at Penn State Health Milton S. Hershey Medical Center. Nine months later, he had gastric sleeve surgery to remove a large part of his stomach and  shape the rest into a much smaller, tube-shaped stomach.

“The thing I absolutely adore about the Penn State Health Surgical Weight Loss Program is that it’s not an assembly line,” said Guzy, who checked into several area surgical weight loss options before making his choice. “There’s a process to address the physical, mental and nutritional areas that will drive the most success for the future.”

Through counseling and education, Guzy, 46, realized he turned to food as a comfort for depression. A successful Microsoft iCloud specialist, he developed anxiety about traveling due his size and found excuses to stay home rather than go out with his wife, Michelle, and family.

Today, Guzy weighs 276 pounds, but just as important as the falling number on the scale is the escalating quality of life since he’s learned the importance of portion size and nutritional choices.

“My palate has changed 100%,” said Guzy, who used to polish off a large pizza by himself. “I enjoy asparagus and broccoli much more than a slice of pizza because we learned how to make them taste really great. My wife and I have fun making healthy dishes together.” 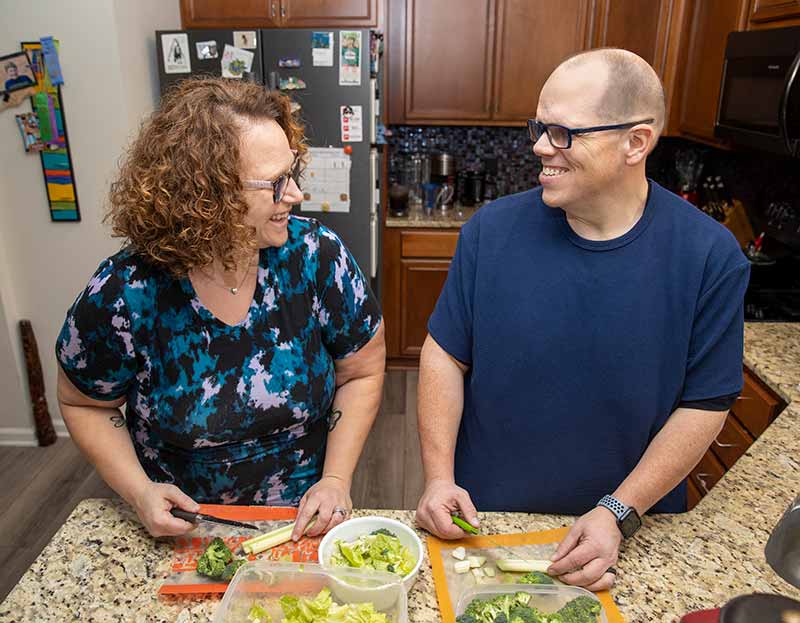 Michelle and Dennis Guzy enjoy creating healthy meals together in the kitchen of their Harrisburg home.

A new zest for life

Guzy also rediscovered the joy of exercise that he hadn’t known since his days playing football in high school. Since 2018, Guzy has participated in 72 5Ks, 10Ks and half-marathons. He does it all for favorite charities – and Microsoft matches what he raises dollar for dollar.

“It’s easy to be afraid of what seems impossible, and maybe you feel like you’ll never be strong enough to do it,” Guzy tells others who are on the fence about surgery as he once was. “The impossible is possible if you step away from the fear and take a chance.”

If he ever feels he’s slipping, an open door at the Surgical Weight Loss Program beckons him back, he said.

“I never once felt judged by anyone there. The team did this with me, and they still want to help me, years later,” Guzy said. “I feel like I’m 20! The Surgical Weight Loss Program at Penn State Health gave me a smaller stomach to live life larger.” 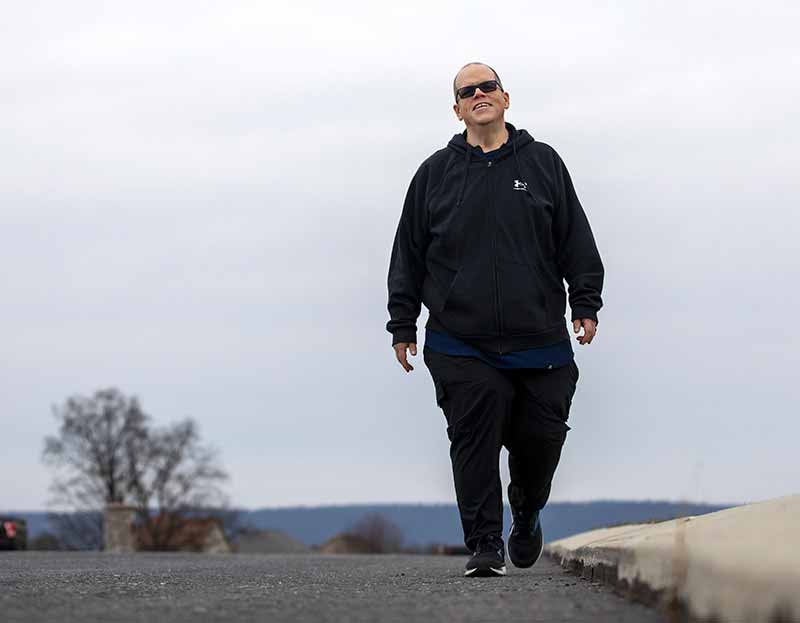 Dennis Guzy rediscovered the joy of exercise after having surgical weight loss surgery.

Is weight loss surgery right for you?