Hemophilia is an inherited bleeding disorder that prevents your blood from forming normal blood clots. This condition can result in prolonged bleeding after an injury or spontaneous bleeding that starts for no reason. Internal bleeding is also a common concern.

Hemophilia is caused by low levels of the substances known as factor VIII and factor IX. The rare blood disorder mostly affects males, but females can be hemophilia carriers and pass the gene to their children.

The symptoms of hemophilia vary depending on your clotting factor levels and where in the body the bleeding occurs.

Specialized bloodwork is often used to diagnose hemophilia. Blood tests may include:

There is no cure for hemophilia, but complications and/or symptoms can often be minimized with proper treatment and precautions. 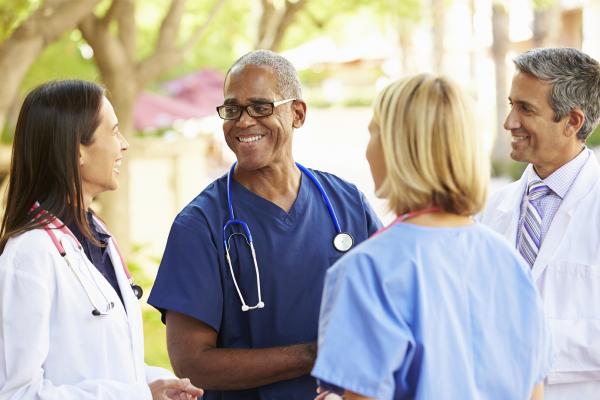 Meet our doctors, view their profiles and select the one that’s right for you.

Find a doctor near you

Penn State Health provides specialized screening, testing, treatment and management for numerous bleeding disorders, platelet dysfunction and disorders, and rare coagulation factor deficiencies. We are one of only 145 hemophilia centers in the nation and the only facility in central Pennsylvania with advanced expertise in bleeding disorders.

Our unique facilities include:

Our medical team is consistently recognized nationally through the Best Doctors in America and America’s Top Doctors awards. Our specialists also participate in worldwide conferences and speaking engagements in countries including India, Korea, German and Japan, among others.

Support groups provide an opportunity to share your feelings and connect with other patients and caregivers who are experiencing similar struggles.

Find a location near you