At Penn State Health Milton S. Hershey Medical Center, our goal is to work closely with you to help control your seizures and improve your quality of life. Each patient’s epilepsy is different, and our dedicated team of experts will use the resources of our multidisciplinary Level 4 Epilepsy Center to help pinpoint your exact type of epilepsy. Once your specific cause of seizures is determined, our specialists will create a comprehensive, individualized treatment plan to address your needs.

Epilepsy is a common neurological disorder characterized by recurring seizures. More than three million people in the United States have epilepsy. Epilepsy can be either genetic or caused by a variety of conditions including stroke, brain tumors or an injury.

There are many different types of seizures, as well as many reasons why seizures occur. In general, seizures arise from an abrupt change in electrical activity in the brain. Clinical symptoms depend on the area of the brain that is affected.

Seizures fall into two main groups, characterized by how and where the seizures begin in the brain:

Once our expert team has pinpointed the location of your seizures, we can diagnose your specific type of epilepsy.

Seizure symptoms vary by patient and depend on the affected part of the brain and the type of epilepsy. Seizures often have a specific set of symptoms at the onset, during and after the event and are frequently similar to the seizure that preceded it.

At the beginning of a seizure, many patients report experiencing a warning sign called an aura. The aura can include:

Patients can experience a range of symptoms during the subsequent seizure, including:

Once the seizure has ended, patients may experience:

Your epileptologist will determine which diagnostic test is right for you. Diagnostic testing options may include:

To determine if you could benefit from epilepsy surgery, your epileptologist may order the following additional tests:

About two-thirds of patients can control their seizures through medicines. For the remaining patients, surgery, neurostimulation and dietary therapy can stop or significantly reduce seizures. 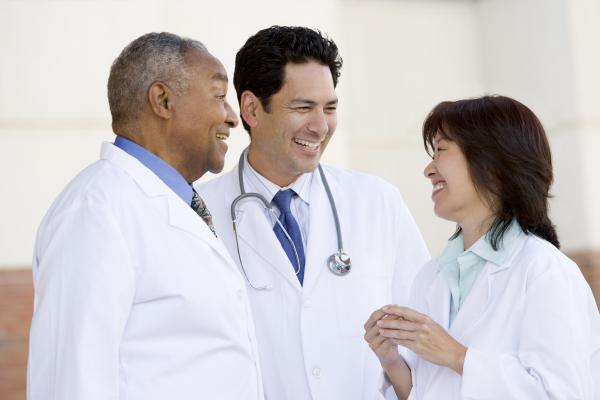 Meet our doctors, view their profiles and select the one that’s right for you.

Find a doctor near you

The comprehensive Epilepsy Program at Penn State Health Milton S. Hershey Medical Center is a regional leader in the diagnosis, evaluation and treatment of adult and pediatric epilepsy. Our team is proud to provide you with the most up-to-date diagnostic testing, as well as a broad scope of therapies, including medical, surgical neurostimulation and dietary.

Our epilepsy program’s team approach includes compassionate, coordinated care from experts in the field. Your team will work together to create an individualized treatment plan to meet your needs, focusing on the best way to manage your seizures and improve your quality of life.

Your epilepsy team may include:

The Milton S. Hershey Medical Center offers access to the only academic Level 4 Epilepsy Center in central Pennsylvania accredited by the National Association of Epilepsy Centers.

The Level 4 designation is granted by the National Association of Epilepsy Centers. Level 4 is the highest accreditation and means we offer the most complex types of epileptic diagnostic evaluations and treatment options, including intensive neurodiagnostic monitoring, as well as more extensive medical, neuropsychological and psychosocial treatment. Our Level 4 center also performs complete evaluations for epilepsy surgery and neurostimulation, including placement of intracranial electrodes and provides a broad range of surgical options.

Our program offers a comprehensive Epilepsy Monitoring Unit (EMU) for adult and pediatric patients to receive round-the-clock video-EEG monitoring. This provides information about the ongoing electrical activity in the brain, and records and analyzes seizures. The EMU helps our team make a definite diagnosis and pinpoint the exact location in your brain where the seizures start.

The electroencephalography (EEG) laboratory at Penn State Health is accredited by the EEG Laboratory Accreditation Board of ABRET Neurodiagnostic Credentialing and Accreditation for both routine EEG and long-term monitoring (LTM).

This means that it has met strict technical, quality and lab management standards and is recognized as a place where patients receive quality diagnostics.

Living with epilepsy is challenging. Talking to other people with epilepsy can be very helpful, which is why we offer support groups for our epilepsy patients and their families.

Penn State Health Milton S. Hershey Medical Center and the Epilepsy Foundation of Western/Central Pennsylvania co-sponsor a monthly epilepsy support group on the first Tuesday of every month from 6 to 7 p.m.

Living with epilepsy is challenging. Talking to other people with epilepsy can be helpful, which is why we offer support groups for our epilepsy patients...

END_OF_DOCUMENT_TOKEN_TO_BE_REPLACED

Living with epilepsy is challenging. Talking to other people with epilepsy can be helpful, which is why we offer support groups for our epilepsy patients and their families. Penn State Health Milton S. Hershey Medical Center and the Epilepsy Association of Western and Central PA co-sponsor an epilepsy support group every month from 6 to 7 p.m.

Registration is not required and there is no fee to attend. For more information, call Laura Woodward at 717-730-6779 or email lwoodward@eawcp.org.

Find a location near you