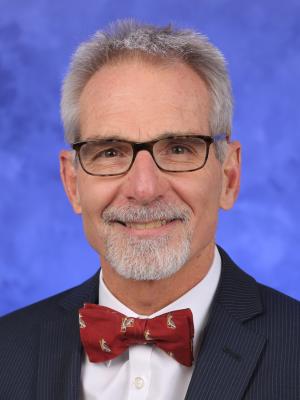 Dr. Mets has served as the Eric A. Walker Professor and Chair of the Department of Anesthesiology at the Penn State College of Medicine and Penn State Health Milton S. Hershey Medical Center in Hershey, Pennsylvania for the last 17 years.

Previously, Dr. Mets was at the College of Physicians and Surgeons of Columbia University, New York where he was Program Director of the Department of Anesthesiology, Associate Vice Chair for Resident Education, and Associate Professor of Clinical Anesthesiology (1992-2002).

Dr. Mets received his medical degree from the University of Stellenbosch in South Africa in 1980, and was trained in anesthesiology in both England and South Africa. He served his residency (1985-1988) as well as earned his Ph.D. in pharmacology (1992) at the University of Cape Town. He was designated a Fellow in Anesthesia of the Royal College of Anaesthetists in England and of the College of Medicine in South Africa, in 1987. In addition, he is a diplomate of the American Board of Anesthesiology (1996).

Dr. Mets has conducted clinical research in anesthesiology. His PhD in Pharmacology investigated the hepatic metabolism of lidocaine. In addition Dr. Mets has investigated local anesthetic metabolism and toxicity using models developed in the pig, rat, and guinea pig. Dr. Mets is currently interested in Anesthesia History as well as the study of leadership and management, with a special focus on academic anesthesia departments.

Dr. Mets has presented more than 70 lectures traveling to lecture and teach in more than 22 countries around the world as well as throughout the United States.

Dr. Mets continues to publish actively and has co-authored over 80 peer-reviewed articles, is the co-editor of the book Clinical Teaching and has authored 19 book chapters and over 80 other articles and abstracts.

He has recently authored: "Waking Up Safer? An Anesthesiologist's Record" a book for the lay public, which received a NYC Big Book Award and was a finalist (Autobiography) in the Next Generation Indie Book Awards in 2019 and an Award-Winner in the Health/ General category of the 2019 International Book Awards.